"Rise from your grave." 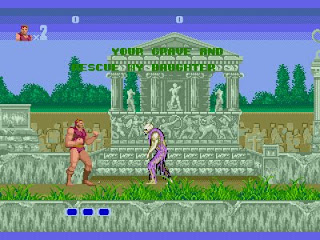 Above: Got to keep on risin'
Hello! It's nice to see you again. I've been through a hell of a couple of weeks here, but I think I'm ready to get back to work. Before I do, I thought I'd share the story of what happened. Gather round.

The slogan is "Mountain skiing, minutes away," and Wachusett Mountain (the inspiration for the new horror film Frozen!) really is that convenient. It's about half an hour from my in-laws' house, so I make it a point to head out there every time my wife and I visit. It's not much of a mountain -- about a thousand feet vertical, and not too many trails. Still, it's better than anything else nearby (we have some truly embarrassing ski areas around here). I went to the mountain on January 16, which was an unusually warm day, with temperatures reaching into the mid-40s on the mountain.

I'm still learning how to snowboard, but that day I was feeling as confident as I ever had. I was taking on everything. I rode black diamonds with ease. I took a narrow side trail that's rarely open. And I did it all under control. It was feeling like a breakthrough.

But it was also very busy, thanks to the sunny day and the lack of other options in the area. My buddy and I waited sometimes 20 minutes for a lift, and sometimes the trails were so congested that I had to pull over and wait for things to clear out. Worst of all, the thousands of ski and snowboard edges were cutting up the surfaces. By mid-afternoon, as the sun disappeared behind the mountain, the runs were bumpy and choppy. My board skipped off the surface a few times. Still, I felt good.

Around 3:30, with the place in shadows and the snow starting to harden, we went back down a trail we'd done successfully a few times before. My friend is a more experienced and confident skiier than I am a rider, so he'd tend to outrun me, then stop and wait for me. He was nowhere nearby when I made a turn to my right, shifted my weight to turn back to the left, caught my back edge, and went down hard.

I knew something was wrong because of the sound more than the sensation. I heard my elbow snap like a dry branch. I ended up lying on my chest, facing downhill, with my arm sprawled out behind me. I was afraid to look, imagining my arm hanging by a flap of skin. Fortunately, I could move my fingers, so I thought it couldn't be all that bad.

A couple people stopped to help, and before long a competent and humorless ski patrol guy had arrived. He put my arm in a splint and bundled me onto the sled. On the way down, I saw my friend, who had stopped and taken off his skis (he told me later he had attempted to hike back up when I didn't appear after a few minutes).

I sat in the mountain's clinic for about 45 minutes while we called my wife to come pick me up. I was thirsty and asked for water, but the guy said no, in case I had surgery. This would be a recurring theme -- people who weren't allowed to diagnose me, but knew exactly what was happening, would make vague and dark comments about how bad it was.

"You got a doozy there, bud," said the triage nurse.

"So this is the guy with the lovely x-ray," said the nurse practitioner.

But the best was the x-ray technician. After I nearly passed out in the x-ray room, I said how thirsty I was and how badly I wanted some water, but nobody would let me have any in case I needed surgery. "Well, we'll see," she said, as she went into the other room to take the next picture. When she came back a moment later, she said, "Yeah, you're not gonna eat or drink anything."

I was in the hospital for five or six hours, and about three hours before I got any pain medication. The doctor told me he was unable to perform the necessary surgery. We went home instead. Despite all the phone calls we'd make to various doctors over the next two days, it wasn't until the following Thursday that I actually got the surgery I needed. I spent the intervening five days with my arm in a sling, popping painkillers, and feeling the bones move around every time I did.

Surgery went well, and by that weekend I felt comfortable enough to pick up a gamepad. My left hand was blown up like a balloon, and it was difficult to squeeze my fingers hard enough to press the buttons, but I made it through a couple of hours of Ratchet and Clank Future: Tools of Destruction, which felt like the perfect game to play at the time.

From there it's been incremental improvement every day. At this point I can move my arm around pretty well, and use my hands for most things I need them for. There are still some things I need help with, like zipping up my coat, which never ceases to be embarrassing to ask people for help with. Fortunately, my wife has been helping me without complaint. It hasn't been all bad, but certainly much worse than when I sprained my ankle.

That's the story. My apologies for the radio silence. I'm looking forward to getting back into it. Posts about No More Heroes 2 are forthcoming.
Posted by Mitch Krpata at 9:00 AM

What a nightmare! Well, we're glad to have you back and feeling better.

Sounds awful. At least you still got both your arms. If you lost one, you would be limited to a narrow selection of Wii games. Good luck on a speedy recovery and welcome back!

I'm not sure if anybody can play Tony Hawk Ride.

Good to have you back. Makes me think about the problems handicapped people have with playing videogames.

Welcome back, hope you're back to your old self soon. Missed your writing.

Damn, that was awful, man. Not having you around to write about games SUCKS!

I'm sure that injury thing was painful too. :P

I've been through the pre and post surgery fasts a few time myself, and they really are a special kind of hell. Some of my stretches are longer, but at least I had people that were keeping me informed, uncertainty is often the toughest part.

It's always towards the tail end of the day when the worst injuries occur. At least you've got snow to fall down on, here in Oz we mostly just get ice.

Kudos on getting a serious one though. If you're not getting injured at least slightly you're doing it wrong. =D

I once was diagnosed with a burst appendix. I wasn't allowed to eat or drink for roughly 2 days until the doctors finally gave up their pride and realized their testing apparatus was faulty. I finally escaped that hell of a hospital and ate so much that my stomach hurt for another day.