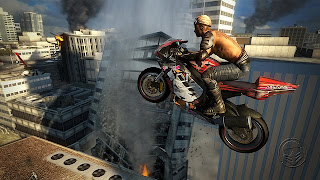 And then, at the moment of greatest drama, you hit some innocent looking thing on the track that looks like a cardboard box, your truck blows up, and you think, "Screw this."
Posted by Mitch Krpata at 9:00 AM