As a parent, the most valuable skill I've been able to teach my son is to tune the channel to PBS by himself. This has saved me a lot of effort. As a result, I've seen far more PBS Kids shows than I ever anticipated. Naturally, I feel compelled to rank the ones I've seen from best to worst. 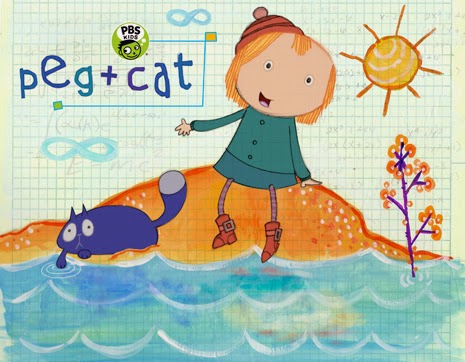 Here is a kids' show with great music, legitimately funny jokes, likable characters, and no filler. I'm surprised it made it out of a pitch meeting. In every episode, Peg and her cat solve a problem by using math, but the problems are always hilarious -- pirates who are too scared to go to sleep at a sleepover, penguins who need help training for the Olympics -- and the math isn't laid on too thick. The songs are terrific, and not in an annoying earworm kind of way, with original ones every show. One of the characters is a pig who everybody hates, and who rarely speaks except to sing, opera-style, about how much he loves triangles. Peg Plus Cat rules. I would watch this show even if I didn't have a toddler I needed to hypnotize. 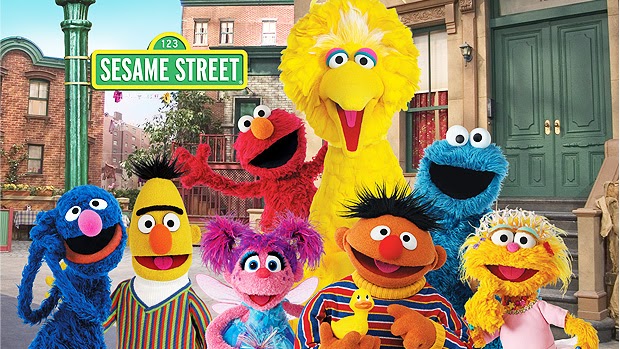 The original and still almost the best. Although nearly all of the original Muppet performers have moved on, the replacements are terrific, and the cast is still the best in kids' TV. Sesame Street teaches important lessons without pandering. It's funny and warm-hearted and still feels like spending time with an old friend. Gripes? A few. I think it relies overmuch on pop culture parodies to keep parents interested (maybe it always did), and the heavy doses of Elmo's World and Abby's Flying Fairy School aren't as satisfying to me as day-to-day life on Sesame Street. Overall this is still a great show. 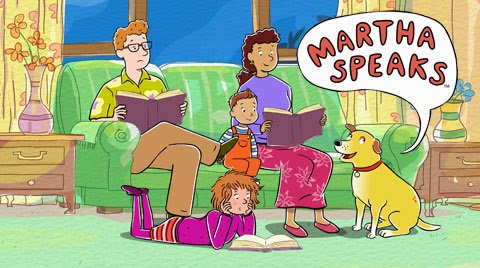 Supposedly educational, Martha Speaks begins with a credits sequence in which a bowlful of alphabet soup ends up going into a dog's brain instead of her stomach, granting her the ability to speak English. The bar is very low, folks. But this is a good show nonetheless. The voice acting is a cut above, and there are frequently awesome guest stars like Neil DeGrasse Tyson. It's more about telling stories than about imparting lessons, which is a nice change from the more didactic fare found elsewhere on the schedule. Best of all, on my local affiliate it only airs on weekends, so I don't have to watch it every goddamn day. 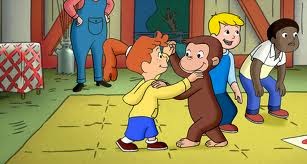 This show has a laugh or two every episode, and it's more pleasing to look at than a lot of PBS Kids shows. But there's one thing I really don't like about it: George never has to face any consequences. People are always putting him in charge of important things, like spaceship launches and holiday decorating, and every single time when he makes a hash of it, people just smile and laugh. Somehow, everything always works out in the end. This is a terrible lesson for kids. I want my son to learn that retribution will be swift and merciless whenever he messes something up. That'll teach him never to try. 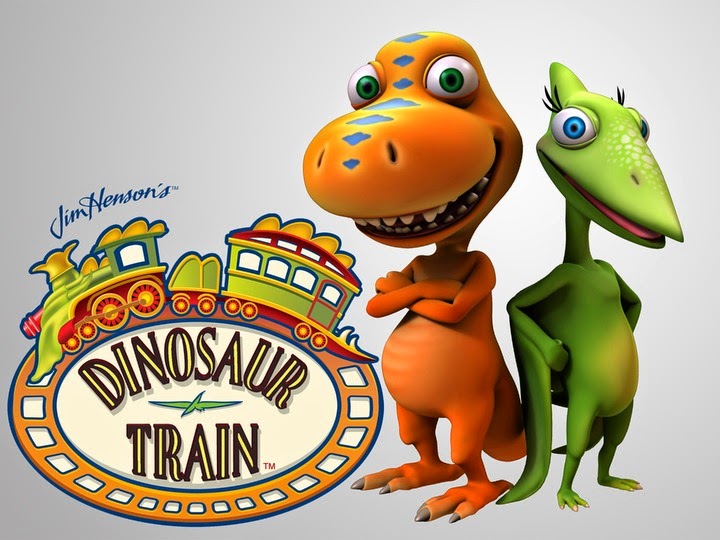 This is the kind of million-dollar idea you want to kick yourself for not having thought of. Kids like dinosaurs... kids like trains... what if...? This show really isn't bad. The 3D animation is pretty crappy, but there are a lot of good lessons about dinosaurs, and they even take care to point out that not all dinosaurs lived at the same time by having the train travel through a "time tunnel" to different prehistoric periods. That's pretty cool. My son also likes Dr. Scott the Paleontologist, the guy who does live-action interstitials, probably because he looks more like a cartoon character than any of the dinosaurs do. 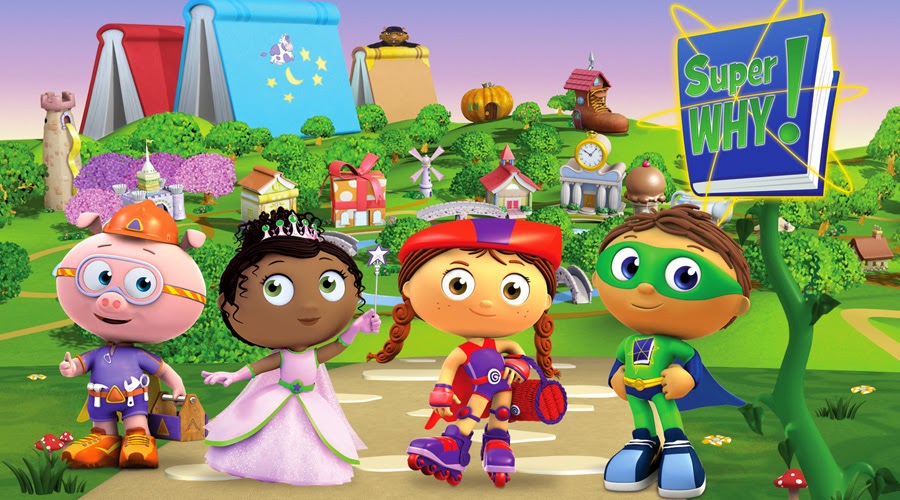 If my son were making the list, this show would be number one with a bullet. Which is appropriate, because I think about bullets a lot while watching this show, which I do about a dozen times a day. I'm all for teaching kids to read, and I think Sebastian really is learning the alphabet from his constant Super Why! binges. The problem with this show is that the super readers all claim to have different powers, but in the end for most of them it just comes down to spelling. Except for Whyatt: his super power is the power to read, and yet he always solves the problem and changes the story by inserting words. That's not reading. That's writing. This would be like having a show about a mathematics superhero who only uses his multiplication powers to figure out how many times one number can be divided into another. 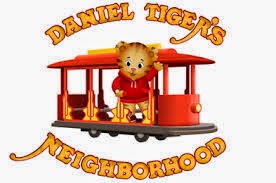 This show is cute and it means well. In every episode, Daniel learns an important lesson about some universal fear or problem for a little kid. He might be afraid that his parents won't come back when they go out, or be afraid to eat a new dish. That's all well and good. But each of these lessons is reinforced several times per episode with a horrible, advertisement-like jingle: "Groooown-ups come back!" "You gotta try new food 'cuz it might taste goooood!" Remember when I praised the songs on Peg Plus Cat for not being earwormy? This is the shit I'm talking about. Those things get their hooks in deep, and they come out at the worst possible time, like in the office bathroom.

Also, all of the adult characters sound like they're on quaaludes. 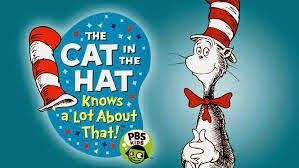 8. The Cat in the Hat Knows a Lot About That

This show is, first of all, insane. It looks weird, it sounds weird, and the premise -- two kids go on adventures with the Cat in the Hat in which they assume the attributes of certain animals in order to learn more about the natural world -- is somehow very unsettling. Some or all of this may be attributable to Martin Short's bizarre performance as the Cat, which manages to both sound mailed-in and completely unhinged simultaneously. What grinds my gears, though, is the complete perversion of Dr. Seuss's original vision. The cat was supposed to be dangerous. He was a trickster. Here, when he tells the kids that their mothers will not mind at all if they go off with him, it's not a cunning bit of psychological domination. It's true. They ask their mothers, and their mothers don't mind at all. Then, when the kids get in the Thingamawhizzer, what's the first thing they do? They buckle their seat belts. Come on. 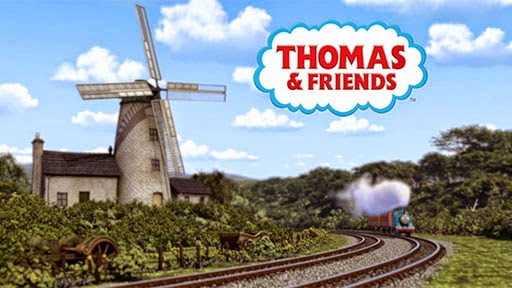 Thomas and Friends is superficially gentle and inoffensive. It's all about cooperating, being honest, and doing your best job. But there's something troubling lurking beneath the surface. Sir Topham Hatt's insistence that every train in the crew be "really useful" smacks of fascism. What of the engines who are not really useful? Do we sell them for scrap? If another train comes along who is marginally more useful than Thomas, is our brave hero suddenly obsolete? What then? The suggestion that some engines are really useful leads inescapably to the conclusion that others are useless, and therefore disposable. We've seen before where this track leads. Heil, Sir Topham Hatt! 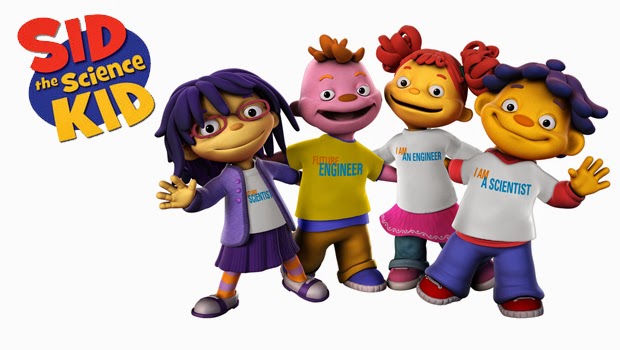 Combine the freakish character designs of Sid and Marty Krofft, the insipid songwriting of Super Why! and Daniel Tiger's Neighborhood, add a heaping helping of stultifying stupidity, and you've got Sid the Science Kid, by far the worst show I routinely suffer through on PBS Kids. Everyone on this show is a ghoul. They look creepy and sound brain-damaged. They don't even teach you anything about science. This show makes science seem uncool. Not on my watch, pal! It's Cosmos or bust in this household.
Posted by Mitch Krpata at 9:00 AM

"you know what really grinds my gears?" Also fact check on the Martha Speaks entry - it is on in the 3pm hour on weekdays, but we can sometimes avoid that with tantrums about applesauce.