Workers of the world unite! 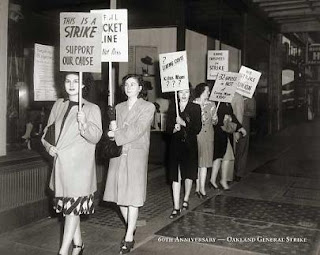 File this under: "Things you don't have to worry about when you only get 150 page views a day." Employees of Gawker Media -- which includes gaming mega-blog Kotaku -- don't have any idea what they're being paid.

In short, each writer gets a base salary and then a bonus for exceeding specific page-view goals, but those goals are adjusted quarterly and Gawker's major-domo Nick Denton hasn't yet handed down the details. Gawker writers are expected to produce now without knowing how they'll be compensated. As the author of the Valleywag post, Jordan Golson, puts it:

If a potential advertiser asked Gawker to start running its ads and promised to negotiate terms later, they'd be laughed out of the room — but that is exactly what the company is asking of its writers. If I were a salesperson, I'd expect to know my quarterly sales goals well in advance.

Ironically, this particular Valleywag post will probably result in a fat payday for Mr. Golson. But I'd be interested to see if other Gawker folks pick up the gauntlet that he's thrown down, particularly the folks at Kotaku. I imagine they're not hurting for page views over there, as Technorati's 27th-ranked blog, but it would be nice to see some good old-fashioned labor strife in this new economy. Gawker is a behemoth, and it's the writers that make it happen.

I can already see a strike forming around the nebulousness of RSS feeds.