Ticking away the moments that make up a dull day 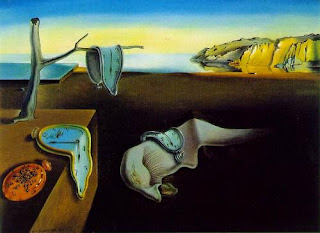 Remember the days when you brought a new game home, loaded it into your console, and then immediately started playing? Sure, NES games sometimes needed a little goosing to get them going, but in the 16-bit age we hit a sweet spot where games always worked, and they worked quickly. Even cartridges stacked with 24 huge megs of memory started up instantaneously.

With the advent of CD-ROM, suddenly we were spending half our time waiting for things to load. Wipeout XL advertised Red Bull during the downtime before races. Resident Evil played a silly animation of a door opening each time you tried to access a new area. Ridge Racer even let you play Galaga on its load screen -- which, all things considered, was pretty clever. But in each case, at least you could get started playing almost right away.

I had plenty of time to think about this subject -- indeed, enough time to relive my entire gaming life, Walk Hard-style -- while I was waiting to play Grand Theft Auto IV yesterday. For several excellent reasons, I took home the PlayStation 3 version. I haven't played anything on that system since Devil May Cry 4 in February, so when I turned it on I was informed that a system update was required. This was the big 2.30 firmware update, and all told it took about twenty minutes to download and install (this was almost, but not quite, enough time to read the entirety of Bill Simmons' epic ESPN.com chat).

Once that was done, it was time to play -- just after the mandatory install, that is! This one was not nearly so onerous as that of DMC4, but coming as it did on the heels of the firmware update it felt like a cruel joke. About five minutes later, GTAIV's opening cinematic started to play.

At that moment, my fiancee walked in the door and I had to turn the game off to make dinner.

I know, I know: not a huge deal in the grand scheme of things. I only missed out on half an hour of play time, when I wouldn't have been able to do much anyway. I had the rest of the evening to play. And I know there are several compelling arguments for the usefulness of firmware updates and pre-installs. All of this stuff makes sense to me, intellectually. As a practical matter, what a kick in the balls! This is the price of progress, I suppose.
Posted by Mitch Krpata at 9:24 AM

You know, this is one reason why I haven't got a PS3 yet. The XBox 360 firmware and game updates don't take very long at all. Often it will only be a matter of 30 seconds or so, possibly followed by a reboot. Also, you never have those mandatory memory downloads so that the game can stream off your hardrive.

Another thing to consider about those mandatory downloads is that we haven't had a LOT of games that have them yet...but what about when we get more? How quickly will those hard drives fill up to the point where you'll need to delete installs? Then what if you want to play those games again? You'll have to go through the entire install process all over again...

I wonder about that. I haven't bothered to check, but hopefully those pre-installs are easy to find in the data management menu. Not that I see myself firing up Devil May Cry 4 again any time soon, but you never know.

Anonymous said...
This comment has been removed by a blog administrator.
3:47 PM

BLASPHEMY! Never playing DMC4 again? That's a sin, it must be!

In an effort to rekindle that love for replaying games and conquering them on higher difficulties that I used cultivate back when I was in high school, I picked up DMC4 to play through on the harder difficulties a few weeks ago. And, I was extremely surprised by what I had rediscovered.

Playing through the game on Son of Sparda (and then getting about half way through on Dante Must Die) provided me with a greater appreciation of the game and in particular, the balance of it's battle mechanic. Without regurgitating what I've already written, I'll just link you to a blog about it.

Given, if you've been through DMC4 once, with it's reuse of environments and bosses, you've technically been through it twice in a sitting, hahaha.

Hmmm. GTA 4 on the PS3 should feel right at home for you: Sony's systems are the only ones who had franchise thus far (and would've been the only ones with it this time if they didn't attempt to wrap 30-years-beyond technology in a box, call it "PS3", and sell it for the price of a couple of small Thai children).

There are only two reasons I can think of for purchasing a PS3: "Metal Gear Solid 4" and the newly announced "God of War 3". I hope you enjoy GTA 4, though.

I remember Atari golf.
I liked that game. I really did. Back when the world was innocent.

It's worth noting that the reason so many games don't use minigames during loading screens is likely because Namco patented the idea. That Ridge Racer Galaga session made it possible for them to legally forbid all other game companies from doing the same thing.

Smart idea on their part, I suppose.