When is a game finished? 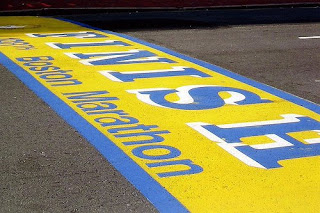 Today's brain food comes from Stephen Totilo at MTV Multiplayer, who wrote a post called "A New Theory: Maybe Game Reviewers Don't Need to Finish Games." Frankly, I didn't realize they did need to. Even Gamespot's own review policy says they don't necessarily finish everything they play.

I wrote a fairly long comment on the Multiplayer post, if you click through, but I want to focus on another point that I addressed only obliquely: Just when is a player "finished" with a game, anyway? Sometimes, the answer is pretty obvious. Take BioShock, for example. Although that game gave you several ways to make it to the finish line, everybody who played had to follow the same basic path through the story. There were no other gameplay modes besides the single-player campaign. I think most people would agree that playing through the story to the end credits would count as finishing BioShock.

What about Grand Theft Auto IV? You can play the main missions and still miss a hefty chunk of what the game has to offer. I would argue that ignoring the missions altogether is no way to play, but lots of people do just that. They set up explosive interactions in the game world like kids with a chemistry set. They don't care about structure or narrative, and they wouldn't have it any other way. Some people will never be finished with this game in a definite sense. That's part of the design.

This brings up, again, one of the inherent pitfalls in reviewing games. We don't all approach games with the same set of expectations. One of the things that actually sucks about reviewing something like Grand Theft Auto is the temptation to charge through the story in order to finish the game. That's missing the forest for the trees. It wouldn't feel fair, either, to ignore the game's numerous scripted events and missions, and just see how many different ways you can murder bystanders. But there's always going to be a huge group of players whose interests don't align with the reviewer's, because of all the different reasons we play.

A key task for any reviewer is to identify what a game is trying to do, and judge it accordingly. Sometimes a story is perfunctory. Sometimes a multiplayer mode is tacked on. That doesn't necessarily mean that the game's core strengths are lessened. The best games do find a way to succeed on several levels, but it's simply not a requirement for your garden-variety good game to excel in several different areas. Doing well in one is usually enough.

I would argue that storytelling is but one of a few crucial elements, without which GTA would be a different game. So while it's important to get a good sense of the story (and it is very involving), completing the storyline at the expense of exploring the city, building relationships with the characters, and trying some multiplayer would certainly not be the same as finishing the game. Frankly, I'm not sure what would.

What do you think? With so many games designed to be played and replayed endlessly, when can we say we're finished with it?
Posted by Mitch Krpata at 11:10 AM

I think you can finish a game - save the world, win the championship, take out all the bad guys - but you might not be DONE with it. You're not done until you've decided that you've had enough and it's time to move on to another game.

As for reviewers, you have to at least play the game long enough to experience a good amount of the excellent and clever stuff the game designers built into the game, but the question is: how much game play does it take to get a feel for all the game has to offer.

I've been playin' NCAA Football 2007 for a couple years now and I still come across stuff I haven't seen, heard, or experienced before.

I think the review should end when the player doesn't want to play anymore. However, that could make things crazy-- there are plenty of games I've tried and said "screw it" after an hour or even less. So, you ensure that you have 2-3 people reviewing each game. I appreciate the "review by panel" idea, but as long as a panel makes sure it has (as you described back in the taxonomy of games posts) a tourist, a perfectionist, and a completist. In fact, I'd like to see even more gamer archetypes in there-- for online games, a reviewer who loves to troll and another who hates trolls. For japanese games, a japanophile and a... whatever the opposite of that is.

What I'm trying to say is that I'd love a lot more reviewers on each game for less time. And base the "score" on how much those guys hate the games, don't care about those games, or want to keep playing. Maybe do a median of everyone, but publish each person's individual score-- because out of those 7 or so reviewers, I probably am pretty similar in how I feel about games with one of them.

Not sure if you know it yet, but I just found it ... amazing that after finishing the main story of GTAIV (not having touched the side missions and other extra stuff yet) I've only managed to complete roughly 60% of the game!

Personally, finishing a game would be what I've done with GTA: complete the storyline. Since I almost exclusively play single player, story-driven type games, I feel this is my best answer to that. This isn't to say that it would be the best way to go about playing the game. The RPGs I love have side quests that are just an absolute joy to play through and there's no question that they add quite a bit of substance to the game. All I'm saying is that the finish line I set for myself to be able to say that I've finished a game would be to complete the storyline.

Other games like sports games or simulation games, I think, can't really be 'finished' in a sense. The only finish line I could think of for those games would be to play out the completionist aspect of the game, such as unlocking every player, map or item.

You hit the nail on the head when you said that the game ends when the player decides it does. That's a fundamental aspect of a game. When you stop enjoying it, you stop playing it, it ceases to be part of your life. But regardless of how the player ends the story mode, the game lasts as long as they enjoy playing it. Chrono Trigger never truly ended for me.

For a reviewer, it's similar, but they need to force themselves a little further. However, there's still that aspect where the game ends when they decide to. One of the most memorable reviews I've seen was Zero Punctuation on the Witcher. He said flat out, I couldn't finish this game, it's that painful to play.

And Will, the word you're looking for is Japanophobe.

My personal opinion is that a reviewer ought to be qualified to know when he/she's played enough of a game to formulate a fair and thorough opinion. That's the difference between a reviewer and an enthusiast's opinion -- we're supposed to know what it is we're looking at.

Plus, I agree that getting to the end for its own sake can be harmful to an accurate impression. When we've got a day or two to review an eighty-hour game, "finishing it" means you miss just as much as you would if you took your time with a typical chunk of it. The player's probably not going to try to complete a dense and long game as fast as possible, so why should the reviewer?

Theoretically, I think we should be able to make some of the necessary judgments after a very short time. Certainly, no review should be based on a half an hour of playtime -- but I feel like we should probably have the skills to evaluate it based on a small measure of time if we had to.

That's why we make THE BIG BUCKS (ha ha).

Leigh, that's basically the standard I use, but I certainly see the argument against it. It's essentially telling the readers to trust us, we're experts, and while I guess that's true I've never felt comfortable assuming that air of authority. That's a big reason why people don't put much stock in reviews these days.

But still, I think there's an important difference between the kinds of reviews places like IGN and Game Informer write, and the kinds of reviews people like you and I write. Their job really is to provide the objective look at a game in its totality, and our job is to say something interesting about it.

Someone (maybe Clive Thompson) said that as a rule of thumb he gave a game a good 10 hours before reviewing it. That sounds pretty good. I didn't finish GTA IV before I filed my Paste review, but I got about 30% through it, and I didn't try to rush too quickly through the missions. Dating and changing my clothes were high priorities.

At the same time, I find myself looking for shorter games to review ... all the hardcore gamers complained that Portal only took 3-5 hours to finish, but I thought that was a good thing ...

And MMOGs are impossible! Tabula Rasa got above-average scores but generally sales have been poor. You'd need to live with the game for a while to have a good sense of whether it's a world that people should spend time in.

One last thought: my gaming time is limited, by work, family, and sleep. But if I had all the time in the world, I'd still rather play more games than get to the end of yet another 80-hour RPG. And I think I'd be able to bring more to my work that way, too.