Why we need sequels

I've played four new games so far in 2010, and three of them have been sequels. I sometimes fall into the trap of complaining that publishers are too quick to pick the low-hanging fruit of existing franchises, rather than trying to establish new ones, but a well-executed sequel seems more common in the world of video games than other media. Games build on their predecessors in many ways, by taking what works and altering what doesn't. This doesn't always result in a better product, but more often than not, making a good game results in keeping one eye on the past.

Still, it's strange how some sequels that seem necessary can blow it, and some that seem unnecessary can end up feeling vital. The most interesting thing about the sequels I've played is that two of them seemed like no-brainers, and turned out to be disasters. And one of them seemed like a terrible idea, until it proved that good play mechanics will always justify a game. With sequels, as with anything, you can't pre-judge. Here's a look at what these sequels attempted, and how they fared. 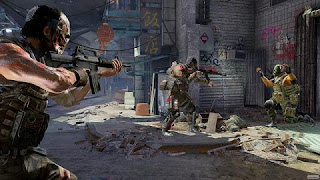 The sequel: Army of Two: The 40th Day

Why it was a good idea: The first Army of Two was an uneven shooter with enough good ideas that a sequel seemed like a slam dunk. That game attempted a satirical storyline that was ballsy in its invocation of timely, real-world events, and snuck in a subversive sense of humor under the radar. But as a shooter it was only so-so, lacking big-money moments and feeling repetitive even well before its running time ended. If the developers could have polished up the gameplay, the sequel could have been a big winner.

Why it didn't work: Taking exactly the opposite approach, The 40th Day jettisoned what worked and kept what didn't. Gone was the humor, and the more overt and risky topical references. Still there were the uninspired arenas that felt articial and forced. The sequel even messed up the controls, making it next to impossible to do something as simple as heal your teammate. A sequel is a great chance to refine and iterate, but the opposite happened here. 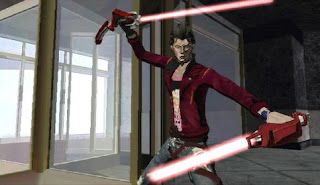 Why it was a good idea: No More Heroes could barely contain all its ideas. It was so funny, fresh, and original, you'd be forgiven for assuming that this franchise could lay golden eggs. I figured Grasshopper Manufacture could get up to No More Heroes 10 and still be surprising me. I was ready to follow this game anywhere.

Why it didn't work: Desperate Struggle ends up feeling like the contractual obligation album, delivered without much care or attention. It makes overtures to some of the misguided criticisms of the original, which diminishes it. It's funny, but not nearly as sharp or trenchant in its commentary as the original. And the addition of a new playable character that winds up not feeling so playable is just the nail in the coffin. 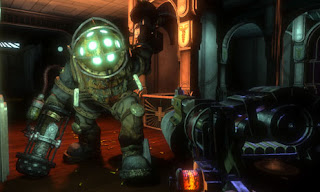 Why it was a bad idea: The first game was close to perfect, a single-player adventure that was artistically adventurous, philosophically challenging, and hell of fun to play. A sequel seemed like a bad idea not just because there was no way it could be as good as the original. Rather, BioShock seemed so self-assured and hermetic that it was hard to imagine how BioShock 2 could be anything but a cash-in. I mean, multiplayer? Really?

Why it worked: The world of Rapture may have been more fertile ground for storytelling than it seemed. Just being back there is a pleasure, and the new antagonist, a collectivist counterpoint to Andrew Ryan's rugged capitalist, is as good an idea as any. But the biggest thing BioShock 2 has done is remind me how much fun the first game was. In the years since BioShock came out, I've tended to think about it only in terms of the setting, story, and themes. But it was a blast to play! So is the sequel. The plasmids, the retro weapons, and the numerous combat styles are as good as ever.

Really, the notion of BioShock as this singular work that sprang, fully formed and perfect, into existence is a bit off. Though it was technically a new IP, it was building on the ideas of several thinking-person's shooters that had come out in the previous decade. In its own way, it was a sequel, too.* Almost all games are. That's why we need them.

*And the non-sequel I played, Bayonetta? Hard to argue that it could have existed with the Devil May Cry series pointing the way.
Posted by Mitch Krpata at 9:00 AM

Funny, just commented on this over on TBG. Where I actually reiterated my own thoughts from GM. Seems like everyone's noticing the same thing.

I'd forgotten Bayonetta, which really does seem like a sequel, now that you mention it. I'm really enjoying Bioshock 2, for many of the reasons you list.

But as fun as it's been to play what are essentially incredibly polished re-releases of games from two years ago, I'm very much looking forward to the new IPs of the coming months.

I'm not sure where the idea of Bioshock as sui generis comes from.

Bioshock is to System Shock 2 as Mass Effect 2 is to Mass Effect, in my view. Although that has the unfortunate side effect of predicting that Mass Effect 3 will be a corridor shooter.

Good to catch these updates before buying the game...as we can buy some and not all i is always best to decide after reading the reviews.