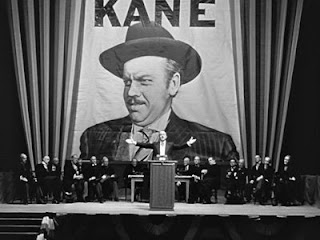 It's the moment you've been waiting for! My Grand Theft Auto IV review is up now at thephoenix.com. You'll notice it's a bit longer than my usual, which still proved to be not nearly enough words to cover everything I wanted to. Still, I think it's pretty good.

Because this review is running later than most mainstream coverage, I tried to avoid talking about the game in terms of whether it was good or bad -- although I think it's pretty clear that I thought it was good. Instead, I tried to look a little more deeply at why it's so good. Why is this game resonating where so many others don't, especially with people who aren't full-time gamers? I think it all comes down to player choice. There are some ways in which the framework Rockstar gives you is more restrictive than it appears, but I think their most impressive achievement is giving the player so much control over his own destiny. There are millions of ways to beat most missions, and we've all had several little moments in the game that probably won't ever be replicated by anyone else. That's really why we play.

By the way, that four-star review actually translates to a 9/10 in the paper. You don't see this critic getting swept up in the wave of hype!

What, I thought we were supposed to congratulate ourselves for that.
Posted by Mitch Krpata at 3:26 PM

Great review, Mitch. I love the note you end the piece on -- you focus on what games can accomplish that no other medium can.

I like the angle you've taken for this review. It feels as though you're speaking to not only the gamer crowd that already knows what GTAIV is about but it's also an argument, a challenge if you will, to non-gamers reading the article. Without going into depth, you've managed to point out the strengths of the game without needing to delve into how awesome the physics engine is and how the combat has been improved substantially.

shashi kumar said...
This comment has been removed by a blog administrator.
8:09 AM

Living in the NY area myself it's so bizarre to have the game set "there." Just the other night I was taking a ride around outside the city and had to back up because I just found the "Tunnel Diner." My bf was so excited he showed his mom.