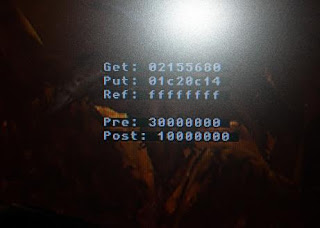 Above: Sony gets its revenge for my reviews of Metal Gear Solid 4 and inFamous.
See that? That's the error message I got after my PlayStation 3 started freezing during gameplay, and sometimes during startup. If you can't read it, it says:

Which I think translates into English as "You are shit outta luck, buddy." For the past two days, I've been unable to run any software longer than 10 minutes before that happens. This is going to make reviewing Prototype a little difficult, but it may be to the game's benefit that I did not have a chance to get tired of it.

According to Sony's website, repairs for an out-of-warranty PS3 run $149, which is outrageous. You could almost buy a whole Wii for that. If I had clout, I would totally be exercising it right now, browbeating Sony into giving me free, expedited repairs.

Instead, you can look forward to the HD sequel to the classic Insult Swordfighting series, "Wii Watch." There's no goddamned way I'm buying a new PS3, that's for sure.

It's pretty hilarious that the Ref code is "ffffff" since that's what probably comes out of the user as soon as they see the screen.

I've seen critics joke about someone with a Wii actually digging through mountains of shovelware and actually discussing the stuff, but only for a laugh. You'll definitely get to claim firsts if you do a write-up on 'Redneck Jamboree'.