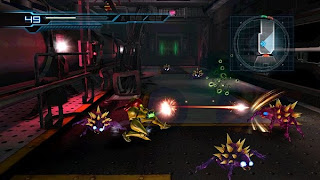 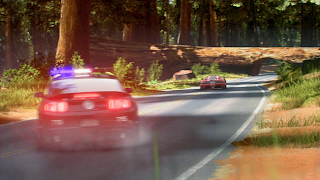 Now that I've got a week or two clear in my schedule, I am thinking about giving this Halo: Reach a fair chance. But that's probably a bad idea.
Posted by Mitch Krpata at 9:00 AM

I agree with you almost precisely about Samus' portrayal -- I've played only a few hours, but my first impressions of what they've done with the character are very poor. It's strange that Team NINJA would go that way -- they are used to presenting a strong character in the Gaiden series. We've come to identify so strongly with certain traits in Samus, largely implied through our interactions with her, and they've simply stripped them all away. I blogged about that a bit myself.

That said, I'm enjoying the game play itself, and mostly doing my best to simply ignore the rest of it. Formally speaking, it's very similar to other Metroid games; you explore, you acquire powers that allow you to explore elsewhere, etc. They haven't messed with the formula, they've simply dressed it up in unfortunate clothing. It's like taking Starbuck and dressing her up in a muumuu -- it just doesn't work, it's not her character.

I maintain that Halo is super awesome and that giving it a week (or two, probably two, or heck go for three) is a very good idea!

It is really amazing how video games and its key aspects were being made. They say it is usually done by a team of expert in computer writers, programmers, and some designers.

You should play Halo reach, just for the flight portions. It brought my need for a new X-Wing game back out of a deep hybernation.

Seriously, all I could hear during that mission was the Star Wars theme in my head.

I might check the new Need for Speed, I really hope it's good and that it doesn't ruin my memories of the first two installments, those were classics.