The practical side of gaming green 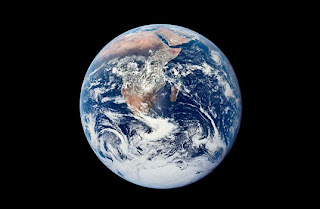 Today is Earth Day, and, accordingly, I've seen a few sites link to 1Up.com's "Gaming Green" article. Being a naive liberal, the environment is fairly high on my list of concerns, but I can appreciate that some well-meaning people sincerely believe that things like global warming are a plot dreamed up by Al Gore in order to enslave God-fearing Americans and create a wacked-out leftist dystopia. So let's sidestep the political considerations for a minute, and see if applying some of these lessons can help you in your daily life without forcing you to help turn America into a worker's paradise.

You've probably noticed that most electronics these days are always on. In fact, that's touted as a feature in things like the Wii, which can download updates from the web even when in standby mode. In my little corner of the office, where I do all my gaming, I've got the following electronics sucking juice constantly:

Even though each one draws little power by itself, multiplying all of them by 24 hours a day adds up. Then consider the living room, where the TV, DirecTV receiver, and DVD player are all doing the same thing. Add the cell phone, iPod, and laptop chargers that all pull down their own voltage, and suddenly you see how much power we're using for no real reason.

Last summer, we made the decision only to plug in our chargers when we needed them, and to connect the majority of our electronics to power strips. Now, when I'm not using the PS3 or the Wii, I cut the power to both, as well as my TV. When we're not watching anything in the living room, we turn that power strip off. All it took was the negligible initial investment in the power strips, and the presence of mind to switch them off when we leave the room. It's not hard.

The result has been a reduction of as much as $30 to our monthly electric bill. That's $360 a year! In gaming terms, the energy savings could buy me six games. Or an Xbox 360 Pro. Or more than seven years of Xbox Live.

I only wish I'd started doing this sooner, and not just for the financial and environmental benefits. If you remember, the Wii had problems overheating when left in Connect24 mode for too long. Because I had it running in standby mode for several months at a stretch, I now get graphical artifacting. Had I been cutting the power completely during that time, it would still be working perfectly.

So if you don't want to do it for the environment, or if you're tempted to spite Al Gore and his nanny-state cohort, then do it for me.

Wait, that's not right. Do it for your wallet.

Great post! It really does make a HUGE difference.

"If you remember, the Wii had problems overheating when left in Connect24 mode for too long."

I turned off WiiConnect24 for exactly that reason: I came to turn on my Wii one day and found that it was boiling hot. All in all turning off electronics when they're not in use is very sensible advice.

I've heard people say that it's not a great idea to turn your PC off and on too much. Any idea if there's truth to that? It always seemed kind of like an old wives' tale to me.

But my PC is the one thing I leave on all the time, so...

I've never seen anything quantitative to suggest that turning your computer on and off is actually bad for your computer. I'm not sure how one would go about proving that anyway. All the computer problems I've had have never suggested to me that I should have just left the computer on. I wouldn't worry about it if you turn it off and on throughout the day.

I quote the "Gaming Green" link in your own post ;)

"We know what you're thinking. No, it's not bad to turn your PC on and off. Maybe once upon a time -- back in the Electronic Stone Ages -- hard drives couldn't handle the temperature fluctuations, but we've come a long way since then. These days, you can safely switch off your PC without fear of damage."

To me it makes sense to turn computer on and off only when leaving for an extended period of time, as in overnight.
Other things - including non-fluorescent light bulbs should be turned off when not in room - especially if there's any electro-carcino -- connection.
Congrats. on saving $30. I don't use all those electrionic deices - such as WII but play with these 2 green ideas : 1)don't use outside water to water lawn > brown or no lawn > erosion and no topsoil, and
2) Don't drive to work ( if live more than mile or so ) - save gas, but either don't get anywhere, or it takes 2 hours to get there.
Georgia

my PS3 owns bro.
I turn it off though.
So its all good.
AND i recycle.
im a saint, if i do say so myself.

hey!
great site... i am from itsalloso.tk, and i'd love to have you be featured on our site.
check out our site, if you put our link on your blog, we'll put our link on our site, like an exchange!
its sad, what you said is true, our 3PCs and mac are on ALL DAY, as well as our wii!!!
GREEN GAMING!!!

Its Time to Live said...

I green game with my camera near to my home -

I agree with anyone who wants to conserve the environment but finds Al Gore annoying!!

I plug out my 360 when I'm not using it all the time. It was quite a shock to see the size of the power brick on that thing.

I had not idea about the Wii problems. I'll be sure to keep an eye on that from now on.

hey, we wanted to put up a post about your fantastic blog on our site to make sure all of our readers can find you. If thats alright give us a shout.
Thanks
TWT

Thanks! It's nice to see some hard numbers; they definitely inspire me to action in a way that a 45 second blurb on the news never will.

Thanks for actually quantifying your assertion with real data. Thirty bucks is thirty bucks!

It's not drawing power for nothing. I need to read the clock on those electronics..

excellent points....when i am not using devices such as my computer, tv, cable box, etc. i unplug them from the wall. even when my computer is off, it still draws power when it's plugged in.