Give me good writing

Critics who write so everybody can understand everything are actually engaging in a kind of ventriloquism -- working as their own dummies. They are pretending to know less than they do. But critics who write for other critics are hardly more honest, since they are sending a message to millions that only hundreds will understand. It's a waste of postage. 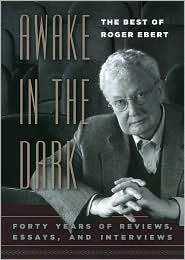 Ever since I wrote "Do readers want intelligent games criticism? Do writers?" I've been fighting this nagging feeling that I got something fundamentally wrong. There were some good points in there, and the question of why so many published writers need a blog to express their "true" voices is one that deserves an answer. But I didn't answer it. And I didn't get to the heart of the matter.

The fact is, there is plenty of intelligent games criticism out there. Academics like Henry Jenkins and James Paul Gee crank out serious, high-minded looks at the mechanics of games that have nothing to do with assigning a "fun factor" and everything to do with expanding our pereceptions of what games are and what they can do. Guys like Ian Bogost and Simon Carless are on the front lines every day pushing for serious, independent games -- and game criticism. These may not be the most visible writers around, but they're not hard to find. And they're doing important work.

What they're not doing, though, is writing for a general audience. They're not producing great essays that stand alone. And that's true of most of the best videogame writers I can think of.

Don't misunderstand: Everyone I've mentioned, and everyone I'm discussing by inference, does great, valuable (even invaluable) work. I'm just saying that they're writing for a niche audience. You have to care about games before you can appreciate what they're doing. You have to know and understand things about video games that 99% of gamers will never think about. Think of them as the garage band that inspires the next generation of platinum-selling artists. They're helping to shape what we'll all be playing down the road.

But what happens when game critics do write for a general audience? Yesterday, I spotlighted what I thought was some shoddy workmanship in an IGN review. Perhaps it was a little unfair to engage in that kind of drive-by criticism, so let me expand a bit.

IGN does a great many useful things for your average gamer. They deliver truckloads of previews, reviews, screenshots, videos, and news on a daily basis. They do that well. What they don't do is write compelling criticism. And why should they? That's not their charge. It's also not where the revenue is. The last thing on their minds ought to be advancing game criticism as its own art form. They'd probably end up alienating their core audience.

The problem here is the lack of separation between video games as a medium, and criticism of video games as a medium. What we still lack are the critics who can split the difference that Roger Ebert talks about in the epigraph to this post. No one has ever bridged that gap quite like the man himself. I don't need to be interested in a movie he's reviewing to want to read his review. I read Ebert, and I come away enlightened and entertained -- just as when I watch a good movie, or play a good game.

Where's the middle ground? Where's the thoughtful, incisive criticism that is nevertheless accessible to a general audience? Where are the game reviews that are worth reading on their own merits? They're out there. I've lauded the work of Tom Chick before, and I think he comes the closest to what I'm talking about. The Escapist sometimes does, too.

As usual, it's easy to identify a problem without offering a solution, or even -- as I just did -- pretending that extant solutions aren't sufficient. Ultimately, my aim is selfish. I love to play games. I love to read. I want to be able to love reading about games.
Posted by Mitch Krpata at 7:30 AM

I don't disagree with your assessment of videogame criticism, but I worry that there isn't a good forum to disseminate this kind of "middlebrow" (for lack of a better word) writing. People like Roger Ebert or Pauline Kael were able to use their positions at major, respected print outlets to build an audience for their ideas; maybe the average reader of the New Yorker in 1967 wasn't interested in reading a movie review, but they were interested in reading something compelling, well-written, and different, and those people talked about "Raising Kane" or whatever with their friends over cocktails, and those people told their denser friends about it while standing in line to buy tickets for "Paint Your Wagon!" and before long the quality of critical discourse on American film had increased across the board.

Okay, that was kind of a specious analogy, but I still think the way we get most of our information nowadays is fractured and disparate, tailored to our individual tastes in Google Reader, and we never have to be exposed to dissenting information or "experimental" games writing if we don't have to. There's no august journal of record that everyone takes their cues from. The biggest problem, of course, is that there's no one as gifted as Ebert is at explaining what makes something good or bad in games criticism yet. That's really his gift; in very plain, frequently hilarious language, Ebert gently sort of teaches his readers why "The Bucket List," is bad and "The Diving Bell and the Butterfly," is good.

On the mainstream enthusiast websites, I think Jeremy Parish does the best job of that kind of writing; he's one of the few reviewers who doesn't just state "this game has good gameplay," without exploring what, exactly, makes the gameplay good. Hopefully, his example will elevate the entire profession!

I'll second the nomination of Parish as one of the better critics out there, but I also enjoy his work because many of his gaming predilections are similar to mine. That might make him somewhat limited to others though, as these interests can be a bit niche. It's to our advantage when his editors make sure he reviews things outside of his area of interest.

The Escapist has the ability to do something good, but I find a good deal of their editorial to be somewhat navel-gazing at times. The site's past stubborn adherence to print format styles speaks to their art-for-artsiness'-sake interests. I have trouble quantifying what I felt lacking, but my hopes for the Escapist have sadly been derailed in their post-Yahtzee video binge.

I appreciate Mr Chick's writing, especially Shoot Club, but I can't say I've consumed enough of his criticism to speak to it.

And now I'm sure that the average reader around here will feel like I'm debating Entertainment Tonight versus Access Hollywood, but right now I feel like the Giant Bomb team does the best job of capturing that gaming zeitgeist while not being the mediocre product of nameless rank and file at the larger websites. Of course that point is probably akin to arguing favorites in the local pub scene, so your mileage may vary.

I agree with the mentions of Jeremy Parish -- he does great work. And so now we've mentioned a couple of really solid, engaging writers, and I could name some more out there. So I wonder what I'm complaining about, exactly. I think you've got it, CPE -- it's the fact that examples of this type of writing are, shall we say, disaggregated.

The most significant push towards critical game discussion in the past few years would have to be podcasts. This medium basically encourages the participants to have a conversation and hence generate discussion on games and it's the good discussion that sells. Even for the big sites like IGN, podcasts are trendy enough that their site must have their own.

Look at 1UP, those guys have built a solid community on linking all of their interactive channels through their podcasts and have generated a reader base enthused on good discussion.

I don't want to resort to bashing IGN here, but their reviews can be infuriating due to diverging from their typical modus operandi as you describe it; it is difficult to get all that worked up by rubbish writing on the site, but when they try to get 'literary' in their reviews it is even worse, such as in their infamous review of Grand Theft Auto IV.

I echo Ben in citing the Giant Bomb guys as a good example of a website that 'gets' it in a good way. They're decent writers and they have respect for the medium, but their work remains accessible. The rise of podcasts, as described by Daniel, is further proof that the best video game discussion is respectful but not self-important. The audience for video game podcasts are generally well 'educated', to misuse a word terribly.

I think the major issue in video game journalism is the nature of the relationship between the medium and retail, an issue that affects the writing of reviews in numerous direct and tangible ways. Hence the reaction to the gamespot.com Kane and Lynch saga.

I agree on Parish. I should follow him more closely

Most readers want useful reviews that help determine if he should buy a game or not for 60 bucks. I really have to stress that point.

Insightful reviews are rare and they often go right over the heads of the typical teen or kid gamer. Editors of websites are unlikely to see the reason for insightful types of reviews.

Hence the unfortunate rarity of insightful reviews. Eurogamer was great for a while: the reviews were subjective but very worth the read anyway. Now it seems they are writing reviews more quickly just to get them printed and the overall quality is lesser than 2 years ago. Now EG's reviews are more "useful" than "insightful"

Great point, anonymous, and it's part of the reason I felt the need to clarify my criticism of IGN. There does need to be a place for people to go to find out whether they should buy a game or not. There should also be a place where they can read something more interesting than that.