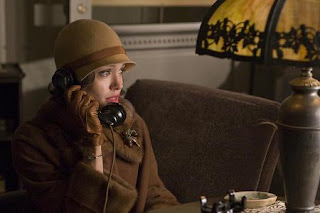 To Sony's credit, the turnaround time on the repairs was quick. In fact, the bottleneck happened on my end, for reasons to boring to recount here. I shipped it to them on a Thursday, and the replacement unit arrived exactly one week later. According to the UPS tracking, they accepted delivery on Monday morning and sent the replacement out that evening. That's pretty good.

Since my unit was out of warranty, the replacement ended up costing $149, plus tax. I'm not happy about that, but what can you do? Given the cost of parts and labor, it's probably some kind of a bargain, and just cheap enough that it wouldn't seem worth it to buy a whole new system with a bigger hard drive and pack-in games. I backed up what I could, crossed my fingers that they wouldn't wipe the rest of the hard drive, and sent it away.

They didn't even attempt to convince me that they repaired the unit I sent them. The single-page documentation in the return box doesn't diagnose a problem. All it says is: "ENCLOSED YOU WILL HAVE EITHER YOUR FACTORY CERTIFIED REPLACEMENT OR YOUR SAME CONSOLE REPAIRED UNIT." Given the swift turnaround time, not to mention the otherworldly shininess of the hull, I'm guessing it's the former.

And that's okay, obviously -- far preferable to having no PS3 at all. But it still felt a little weird to boot up the system and have to set the time and all that. There was a moment of terror when the system told me I couldn't use my copied save files, since I wasn't the original user. It turned out that I had to sign into the PlayStation Network before it recognized me as the owner of the saves.

I know full well that I probably won't use the bulk of these saves ever again. Many of them are for games I don't even own anymore. Still, together they account for probably hundreds of hours of playtime. Most of them -- maybe all of them -- represent a significant portion of my life's work. In a way, they're the only proof that I ever existed.

Okay, I'm exaggerating, but when I thought I lost my Far Cry 2 saves I really was ready to throw the whole thing out the window. I put more effort into playing that game than getting my college degree.

Welcome home, PlayStation 3.
Posted by Mitch Krpata at 9:00 AM

Does anyone understand the logic in copy-protecting save files? Games, music, videos, I can understand, but why save files? Since I construct them through hours and hours of decisions and effort, shouldn't I be entitled to move them if I need to? Especially for games with scores of tedious unlockables like Street Fighter IV. I shouldn't have to beat the game all over & over again on a friend's console if we want to play as Seth...or even Dan.

I heard on a podcast somewhere that some folks are getting different SKU's back from these repairs. This isn't a problem if you're getting a larger HD, but it is if you're losing backwards compatibility. Have you checked that yet?

feitclub, it makes no sense to me either. I can think of a million scenarios in which you'd want to bring your save to somebody else's house. At the very least, you should be able to load it directly from your storage device, right?

MookieFL, the sticker on the back claims that it's the same model that I sent them, which was the original, backwards-compatible 60 gb model (CHECHA01 or something like that). I haven't actually tested it yet, though. Could be a ruse!

backup is the single best feature of the ps3!

i deleted many a saved game, including ALL of my far cry 2 saved games, off of my xbox 360 -- by accident.

i wish it was as easy as copying them to a usb drive to back them up...

Speaking of our attachment to saves--when my brother and I were kids we shared games and what not with no worry.

But when it came to memory cards and saves, it was hands off if it wasn't yours.

Semi-related: I also couldn't bring myself to delete an old THPS3 save of a character that I created semi-based on my 13 (14?) year old self. And this was despite the fact that I hadn't touched the game in 5 years.

Another semi-related: This reminds me of an editorial I read in EGM by Dan Hsu years ago. His Xbox was stolen, but he was more worried about the hard drive and his saves on it than the actual console.