Kotaku says today marks the 25th anniversary of Capcom's founding, which seems like an appropriate occasion to revisit this post: "In praise of Capcom." The post is reprinted below, in its entirety. 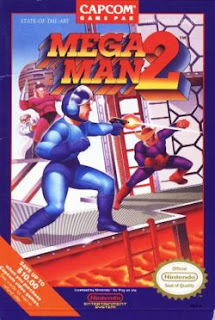 That Umbrella Chronicles post reminded me of something. Whenever I get to thinking about my favorite game development houses and publishers -- and, believe me, this is what I spend most of my time thinking about -- one name invariably rises to the top: Capcom.

I could spend all day lauding the work of other companies, but not often without caveats. Valve has never made anything but a great game, but they barely ever release anything. Nintendo has been making great games for decades, but many of their 3D flagship games have struck me as a tad overrated, or at least less interesting than what their competitors are doing. Square Enix falters whenever they step outside their comfort zone, going back at least to Einhander. I have the utmost respect for what Atlus does, although their games are usually a bit too out there for me. Konami is one of the more reliable large publishers, but particularly with their 3D Castlevania offerings they can be guilty of one of gaming's cardinal sins: making boring games.

Capcom, on the other hand, may not always make great games, but even their failures are more interesting than other companies' successes. Dead Rising, for example, was so obtuse as to be maddening, but the bold vision behind it was unmistakable, and those who took the time to delve into it were amply rewarded. Lost Planet, a rather rote third-person shooter, presented a chilly Arctic setting that stood out among the gray and brown mechanical nightmares of other science-fiction-inspired games. Even God Hand, a gigantic mess by any measure, was an audacious joke that cleverly tweaked video game clichés.

And when Capcom connects, they get all of it. Capcom released my game of the year for 2005 (Resident Evil 4) and 2006 (Okami). This year's Resident Evil 4 Wii Edition was a more thrilling, complete game than any new intellectual property. It's quite likely that the upcoming Wii remake of Okami will do the same thing next year. With RE4, Resident Evil: The Umbrella Chronicles, and Zack and Wiki, Capcom is showing a mastery of the Wii that's far beyond the half-baked mini-game collections of their competitors.

They're no upstarts, either: Capcom has been rocking consoles and arcades for decades. Check out Wikipedia's list of Capcom games and try to count all the classics. Tally up the high-quality franchises. Mega Man. Street Fighter. Resident Evil. Devil May Cry. Phoenix Wright. Look at the memorable arcade games: Bionic Commando, Ghosts 'n Goblins, all those great beat-'em-ups and shooters.

And, of course, they also made Super Puzzle Fighter II Turbo. I rest my case.
Posted by Mitch Krpata at 4:03 PM

Somehow I never played many Capcom games until a couple of years ago. And then, over the span of a year, I played RE4, Killer 7, and Okami; I'm still not sure I've picked my jaw up off the floor after that trio. RE4 is a confident masterpiece, Killer 7 is glorious experimentation, and Okami is beyond my ability to describe via adjective + noun. And I'm a big fan of Zack and Wiki and Phoenix Wright, too. (As are my wife and daughter!)

I agree with your post, but I'm not so sure about Devil May Cry. I suppose it has a great fan base and was unique and fun around first coming out, but the sequels have always missed the mark. And the franchise in general pales in comparison to the likes of Ninja Gaiden and God of War.