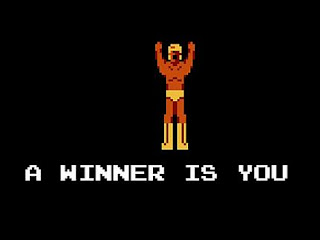 Welcome Trend: Co-op for All

Cooperative gameplay isn't exactly new. It's almost as old as video games themselves. But the past year seems to have shown an increased emphasis on multiplayer games that are less about competition and more about cooperation. We're seeing more and more games that want to give groups of players a chance to write their own stories. The Left 4 Dead games may be the ultimate example of this. Borderlands is another. New Super Mario Bros. Wii, though I didn't appreciate it, is another. From Resident Evil 5 to Uncharted 2 to Modern Warfare 2, co-op is everywhere.

There was a time when I preferred single-player gaming to any other type. Today I'm finding myself always looking for the next great co-op experience. Keep 'em coming, developers!

Everybody roots for Tim Schafer. He seems like such an awesome guy, and his games, especially for LucasArts, are uncommonly literate, funny, and character-driven. Brütal Legend is, too, but unfortunately it's not so fun to play. I was thinking about Schafer's Full Throttle recently, and how much the two games have in common. A beefy protagonist with a strict code of honor, who feels like the world is passing him by. A fascination with a dark but principled subculture. And gameplay segments that feel shoehorned in, and which don't work at all.

In Full Throttle, it was the highway duels, and in Brütal Legend, it's -- well, everything, really. If this game had been a beat-em-up or an open-world action game or a real-time strategy game, and Double Fine had taken the time to polish it, it might have been spectacular. Instead, it's all of them, and it's none of them. I have read that this game is too awesome to be confined in something as simple as genre, but I've said before and I'll say again that I'd rather a game do one thing well than several things badly.

It's too bad because the story is so great, and because I want people like Tim Schafer to succeed. But it can't be a good sign when you're hurrying through the gameplay segments so you can get to the next cutscene.

Let's first say that Bobby Kotick should probably win this award every year, but since we gave it to him last year, we'll retire him from consideration.

Maybe it's because my memory only goes back six weeks, but even when I think of other noteworthy controversies from the year, I feel like the companies involved acquitted themselves pretty well. Capcom's reps did a decent job of defending Resident Evil 5 from racism charges (even if the game itself didn't), Chair made it clear that they do not hate gays, and so forth. Infinity Ward could only offer lame excuses in defense of the silly things they did. Which, in case you forgot, were:
I don't envy Robert Bowling having to defend this stuff all the time, and it's not like he was responsible for any of those things, but pretending not to notice the acronym in the grenade spam video was pretty weak. Compare IW's response to any of these things to the way Valve handled the Left 4 Dead 2 boycott, and you start to see what I'm talking about.

I'm sure this post will have everybody at Infinity Ward crying themselves to sleep, on top of a pile of money.

In the past, this has been an award for an individual blog, but Ben's work across two sites this year deserves notice. On his personal blog, Ben's Permanent Death saga was both a feat of storytelling and a penetrating look at a great game, Far Cry 2. The 391-page PDF, with full-color screenshots and a forward by Clint Hocking, is a terrific package.

Ben also launched Critical Distance, a site devoted to spotlighting the best games writing from around the web. Each week, Ben rounds up entertaining and thoughtful work on a variety of subjects. A spectacular group of writers contributes critical compilations, which are comprehensive lists of links about specific games, and spotlights, which are in-depth looks at individual writers. This is a great site, and long overdue. We're at the point now where the problem isn't a lack of good writing -- it's how to find it all. Ben is doing the leg work.

Developer of the Year: Rocksteady Studios

Here's why: who the hell is Rocksteady Studios? You know what to expect from Valve and Insomniac and Naughty Dog and Infinity Ward and Gearbox. They're all developers that have a track record, and whatever you think of the games they make, they are consistent. Before this year, Rocksteady had exactly one game to their credit: Urban Chaos: Riot Response, a game with a weak 73 Metacritic average, and which I am willing to bet you had not heard of, let alone played.

How they followed that up with Batman: Arkham Asylum, a rich and fully-realized action-adventure game that can fairly be compared to Metroid and BioShock, I have no idea. And how Eidos, DC Comics, and whoever else that needed to sign off on this thing saw the potential in them to make Arkham Asylum is a sign of uncommonly good judgment all around.

Let's put it this way: Will you be paying attention to whatever Rocksteady does next? Of course you will.

That's right. I'm about to dump some more praise on these guys in a minute, so we'll keep this quick. From MLB 09 to Uncharted 2 to Ratchet and Clank, they kept standards sky-high for their most important properties. Well-received exclusives like Killzone 2 and inFamous set the table for future sequels. Games like Flower and Fat Princess and PixelJunk Shooter helped PlayStation Network stand toe-to-toe with Xbox Live Arcade. No doubt about it, Sony had a very good year.

Game Console of the Year: PlayStation 3

Honestly, there were times I thought Sony would have to pull the plug on the PS3. The first few years were a disaster. A company with less deep pockets probably would have given up long ago. But Sony persevered, and in 2009 things fell into place for them. They made a necessary price cut, to $299. They released a true killer app, Uncharted 2. They launched a marketing campaign that people actually like. And all the things that had kept the flame flickering for the beleaguered console -- great downloadable games, stellar first-party properties, Blu-ray -- just kept burning brighter.

Sure, much of what Sony has done this year can be found on other platforms (it's not exactly a coup that the PS3 streams Netflix), but they've finally put their system on solid footing. This was the first year since they announced a $599 launch price* that people have discussed either Sony or the PS3 without using the word "fucking." And the debate -- Xbox 360 or PS3? -- has never been further from a resolution.

*Yes, that really was the first Insult Swordfighting post.
Posted by Mitch Krpata at 4:00 PM