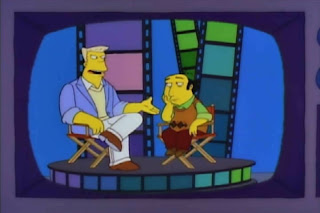 Above: "It's just me hitting orcs with an axe for an hour and a half. It cost 80 million dollars."
Today through Christmas Eve, we'll be recapping the year that was. Today: The worst games of the year.

For some reason, every year when I go back over the reviews I've written, I'm much more picky about what to include on the list of the worst games than the best. I'm not sure why. I think it stems from a genuine desire to respect other people's opinions. Even though I'm comfortable panning something popular, it seems like a dick move to take the next step and declare something to be definitively bad, especially when I'm in the minority. It's a good thing when people hold different opinions about games, isn't it?

First, there are the games that undeniably had their merits. Not necessarily badly made, they were lacking in some crucial area.

New Super Mario Bros. had the classic level design that fans loved, not to mention graphics and sounds that put anybody over the age of 20 on the express train to Nostalgia Land. Thanks to insanely frustrating co-op play, it also nearly caused me to have to spend the night on the couch. Hot tip: Don't play video games with me unless you enjoy profanity.

I covered Brütal Legend already, in the superlatives post, so I won't say much more about it here, except that no game this year disappointed me more, because I expected so much. My own fault, I guess.

Scribblenauts is a terrific idea that works sporadically in a toy-like way, but didn't make for much of a game. I would definitely play whatever 5th Cell does next, but I hope they listened to some of the criticisms of this game.

Wanted: Weapons of Fate was actually a fun way to spend an afternoon, but you've got to be kidding me, charging $60 for a five-hour game that has no multiplayer. I'm all for keeping your game short if the quality is high, but at some point you're just showing contempt for the consumer. (By all accounts, it sounds like Rogue Warrior is a much worse game, and is only half as long, so I kind of wish I'd played it, if only for this list.)

Next are the games I really didn't enjoy, to the point where I actually couldn't understand why people liked them. inFamous is chief among these, with a robust Metacritic score of 85, and many vocal fans. There was almost nothing I liked about it. I thought it was self-serious, I thought the magnetic platforming was sloppy and intrusive, and I thought the combat was dull. Prototype was far superior.

Like its predecessor, Puzzle Quest: Galactrix was a great idea with a horrible execution. The Nintendo DS version especially was ugly, slow, choppy, and all around unpleasant to play. None of the problems from Challenge of the Warlords were rectified. I won't be playing the next one.

Arcade-style sports games are a great idea, but The Bigs 2 was a terrible one. Although the home run derby made for a passable side game, the problem with the main game was that, with all its exaggerations and hyperbole, it lost sight of the spirit of baseball. NBA Jam was great because it took what's enjoyable about basketball and amplified it. The Bigs 2 took what's enjoyable about baseball and threw it in the trash.

We're really into the dreck now. The Godfather Part II would have been nothing more than a lousy GTA clone, if it weren't carrying such an august name. Badly made games are a dime a dozen, but games that crap all over the legacy of one of the greatest American films are rare indeed. Frances Ford Coppola would be furious about this, if he were still alive.

But the worst game I played this year was also the first game I played this year. Lord of the Rings: Conquest was a viscerally unpleasant game to play. It was just bursting with bad decisions. Believe me, I take no pleasure in knowing that a lot of people lost their jobs when Pandemic closed down recently, but if you want to know why it happened, this game is a good place to start.

Unless the game killed him!